Back in 2002 our firm encountered three dentists within a one year period who experienced the same event – death.

Dr. A called our office, saying that he was going into the hospital for tests and needed a dentist to cover his practice, which we provided. I visited him at the hospital and his condition was so serious that he and his wife decided to sell his practice. I was given a key to the office and with the help of a dentist who was familiar with the practice’s software, I was able to quickly gather all of the information required to perform an appraisal and prepare a marketing package. The next day I contacted a prospect from our database, showed the practice to him and went over the practice figures and other information he requested. After several hours of inspection and study, he made a full price offer. The following day Dr. A died. During the following week, sale contracts were distributed and reviewed and a lease for the office and financing were obtained. The sale closed ten days later with the widow receiving the full price in cash.

Dr. B was exercising when he suddenly died. Our firm had coincidentally performed an appraisal of his practice six months earlier. Upon his death, his accountant and widow contacted our firm to sell the practice. Our first step was to provide a dentist to provide continued care for patients of the practice. With a current appraisal and marketing material in hand, we contacted a prospect from our database who quickly made an offer of 94% of the appraised price. Dr. B’s widow was paid in full in cash three weeks later. 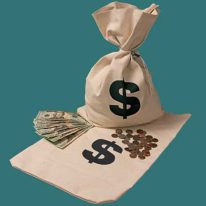 If you’re looking to sell your dental practice, marketing with a professional gets it done faster!

Dr. A and Dr. B’s practice sales were as successful as if they had not suddenly died. Dr. C’s outcome was much less successful.

There are several factors in post-death practice sale success. The first is the use of a locum tenens dentist to continue the practice operation. Keeping the practice active is vital in preserving value and marketability. Many patients are lost when a practice is closed or when well-meaning nearby dentists cover the practice.

Another factor for success is enlisting a professional practice broker, even though the family may already have interested prospects. Expertise and experience are critical in marketing, prospecting, qualifying, financing and selling a practice. Having prospects to immediately contact for a sale is invaluable.

However, without complete and current practice data, even the best practice broker will be ineffective. Dentists rarely assemble this information during their lifetime. The task invariably falls on a grieving spouse who does not know what to look for, where to look, or who to call. The lack of complete practice information and a professional approach to marketing the practice may easily result in losses of hundreds of thousands of dollars.

The process of gathering practice information and pre-planning the practice sale process is practically impossible for a spouse, especially when the spouse is not involved in the practice. However, the process is relatively quick and easy for a dentist. Wise dentists will make this small investment of time and effort to ensure the best practice value and success for their family, patients and staff.

A free appraisal kit can be downloaded from our website.

Earl M. Douglas, DDS, MBA is the founding president of American Dental Sales. He is president of Professional Practice Consultants, Ltd. and personally serves the Southeast with affiliates nationwide. He can be reached at 770-664-1982 or visit our website.